While in Annapolis last May- gosh that feels like such a long time ago!- we stopped by the William Paca Gardens as a short change of pace from all things Navy. I’d heard great things and seen beautiful photos online, so my expectations we reasonably high that we’d get a lovely historical garden tour.

It wasn’t not lovely, but it left a bit to be desired I’m sad to say. Its a formal garden with 4 distinct rooms, a pond and wildlife garden, and a kitchen garden along the side- all on 2 acres in the middle of downtown Annapolis. Paca was one of the signers of the the Declaration of Independance and served in a number of roles to the State of Maryland.

The main view into the garden focuses on the Summerhouse and the yew hedges to the left and right hide the 4 parterres from sight.

The rose garden was lovely- the selections were  almost all in bloom and put on a fantastic show. 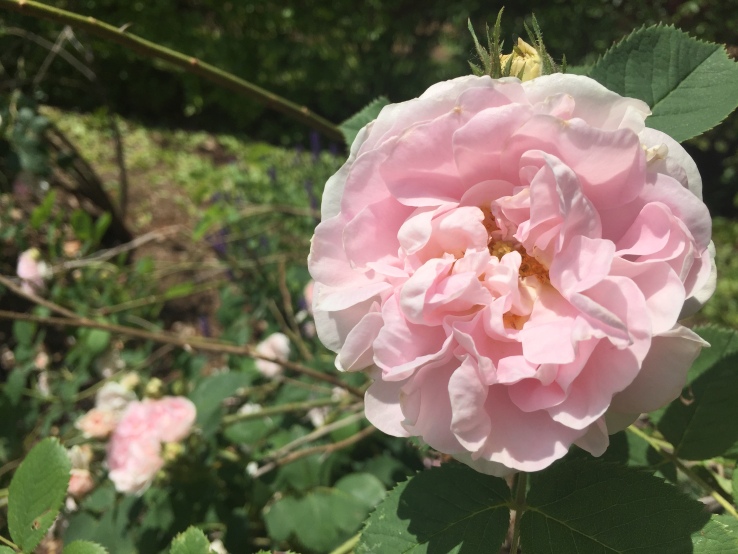 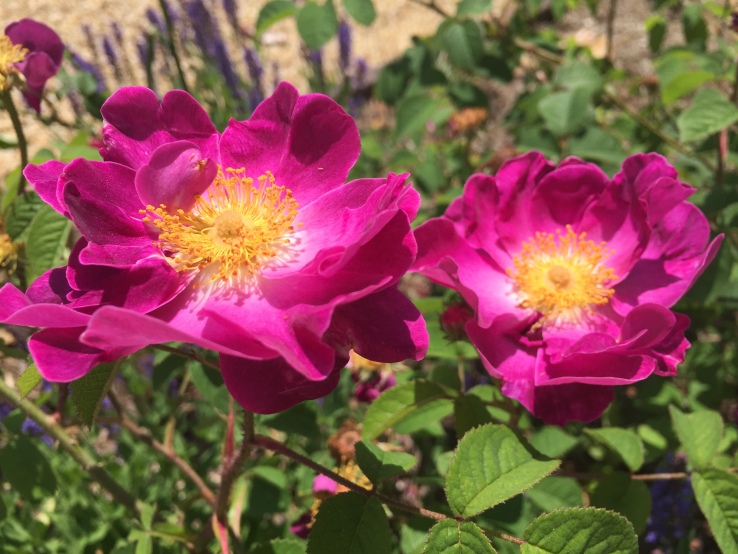 Two of the other parterres are given over to evergreens- one with (yet to be clipped) boxwood and the other with holly. Neither were particularly inspiring- though the height of the holly trees was impressive. They did lend themselves to quiet contemplation in their secluded confines, but didn’t do much to stoke excitement or inspiration.

The other parterre was to be flower-focused with three seasons of interest. I’m sad to say this was the biggest disappointment as it was sparsely planted and looking a bit worse for the wear. Perhaps a visit later in summer would improve things a bit, but for late May it was a meager showing.

The kitchen garden, however was delightful. There were stepover apples (I’ve never seen these in person and I’m as in love with them as I thought I would be), an apple tunnel (also in love!), a lovely greenhouse area, and plenty of interest to keep the eye moving, even when the plants in the beds were but wee sprouts. 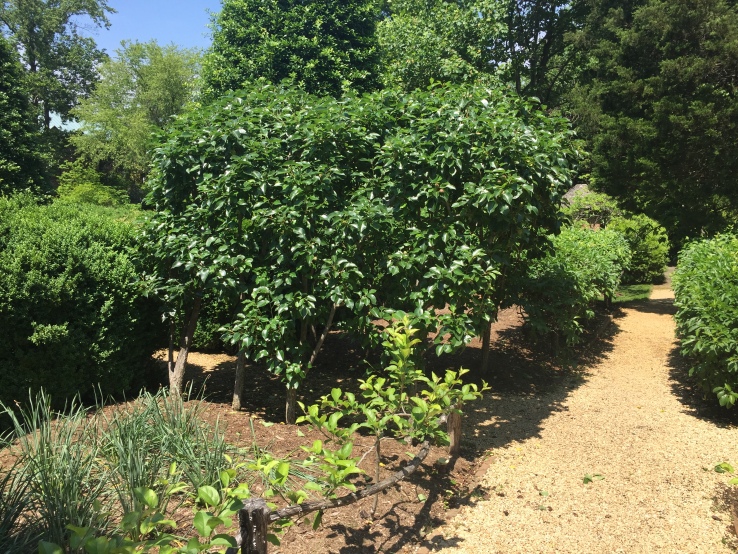 The wilderness area and pond were nice enough, though I do envy the beautiful Summerhouse as a focal point (and perhaps super posh shed?).

It wasn’t a bad decision to come visit this garden- particularly because of the fantastic kitchen garden- but on the whole it was just middling. I wouldn’t hesitate to try again if we were ever in the area at a later point in the growing season with hopes of more robust plantings and flowers.

Have any of you ever happened upon this particular garden?