Oh, you see, I’m a pragmatic sort at heart. Logical, practical, reasonable- sometimes to a fault. But, when it comes to certain plants, all that can go straight out the window.

Its why we have a banana plant. Its why there is a bougainvillea in the dining room. Its why there are designated tables for the Orange and the Fig come winter. Laughing in the face of pragmatism.

And these are not small plants! Of course they aren’t! What would be the fun in that? Their pots aren’t lightweight and they aren’t easy to wrangle. They are massive 20+” ceramic pots and take two to lift. Two of the four big ones are taller than my husband. And we haul them inside and out as the weather turns and changes. Because this is what plant hoarders do.

But, aside from the inevitable spider mites, the single worst part of these gloriously high-maintenance plants is the stupid-but-essential pot saucers.

They are flimsy, shallow, fragile, and generally useless. Except for the part where they keep the water from running all over your floor and soaking into the Persian rug. And that is why you can’t be without the infernal things (unless you have a conservatory, and if you do I’m endlessly envious!).

Last year I tried boot trays (the plastic kind with about a 1″ lip around it). They were about $10 each. I could fit one huge and one large pot on each tray. They worked okay, but didn’t hold up as well as I hoped and got kind of grungy. The cats also liked to play around in the standing water and make a mess. Not what I would call a smashing success.

Then, today, I tried wrangling one of the heavier pots to make room for a smaller one only to end up crushing the corner. Rendering it useless as it will no longer hold water. Gah!

I ended up on Amazon in a fit of frustration. I indignantly purchased two 20″ heavy duty saucers for the bougainvillea and banana for a staggering $17.76 each. (This is why shopping when frustrated is a bad idea, unless- of course, these turn out to be amazing, then it was fantastic because my otherwise cheap self wouldn’t have bought them). 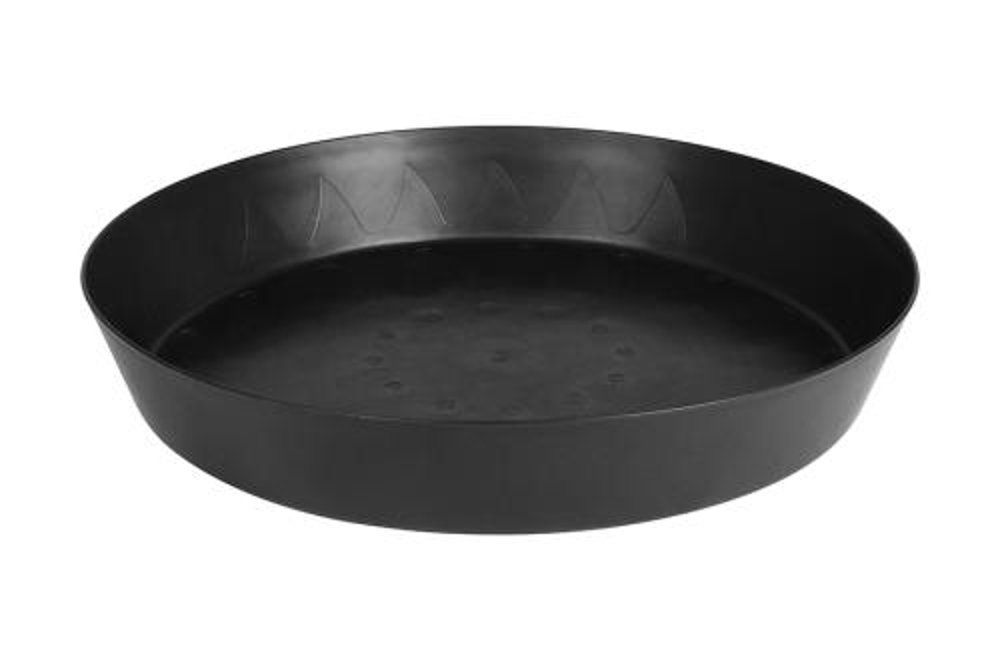 I’m hoping they will be sturdy and deep enough to do the job while minimizing cat-based water sports. They can’t arrive fast enough.

What do you use for your large-scale tender plants when you bring them in? Share with me your secrets so I don’t have to splash out another $35 on two more saucers!

6 thoughts on “The Hazards of Tender Plants.”